'Wind Over the Water' at Cullercoats Lifeboat Station

The Cullercoats ladies lifeboat guild organised a very successful soiree held at the lifeboat station. Pre concert drinks and welcome was followed by an hour of music which included Gershwin's Promenade (Walking the dog), Derek Hobbs arrangement of Five Northumbrian Songs, Three Sea Shanties (Arnold) and finishing with Mississippi Five by Jim Parker. Canapes and drinks were served by the RNLI crew volunteers. £560 was raised for the Cullercoats RNLI. 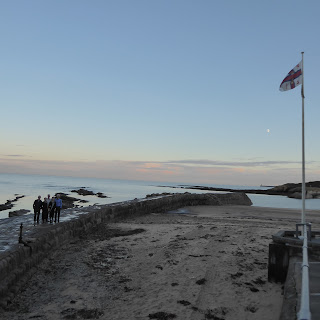